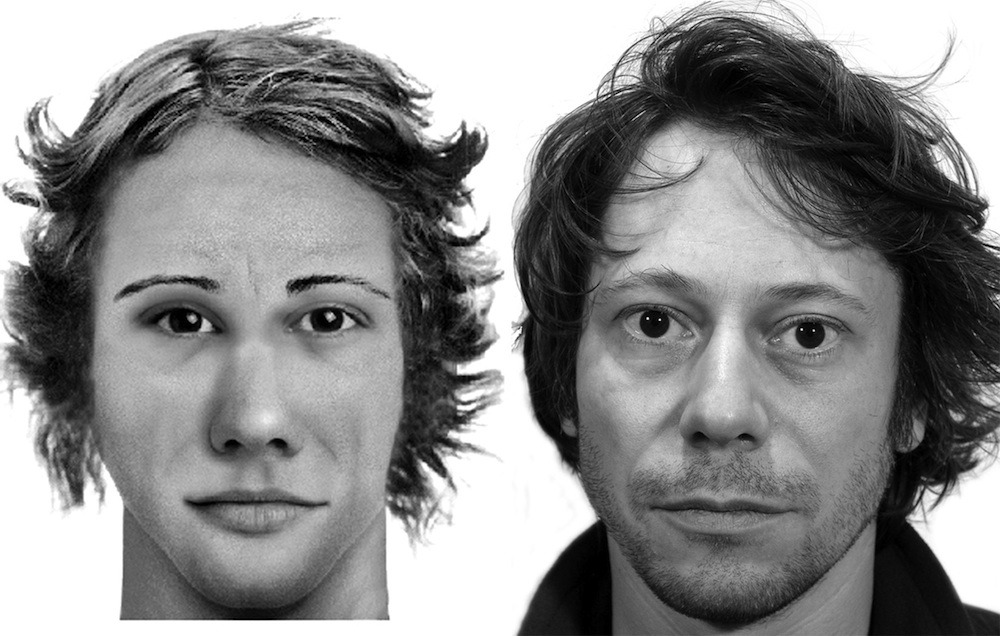 Stalked by the political police of the military dictatorship in Argentina, Leandro Berra managed to escape from Buenos Aires in 1978 and take refuge in Paris. When democracy was restored in his homeland, Berra felt the need to pay a posthumous tribute to his “disappeared” friends and acquaintances by re-creating their likenesses, but he found that his memory failed him. He then contacted the Gendarmerie scientifique in Paris and was introduced to a program used by the French police, Interpol, the FBI and the CIA to do facial composites by amalgamating the Photofit/Identikit process with the combinatory techniques of Alphonse Bertillon’s atlas of physiognomy, optimized with state-of-the-art IT systems. Fascinated by the program, Berra decided to test it with people he knew, asking them to produce a self-portrait without the aid of a mirror or a photograph. The resulting “virtual” image was then juxtaposed with a portrait of the identity-photo type. The diptychs shine a post-photographic light upon a number of philosophical and psychological aspects: loss and restitution, essence and appearance, truth and illusion, desire and reality, individuality and typology... “Know thyself,” Socrates counseled.