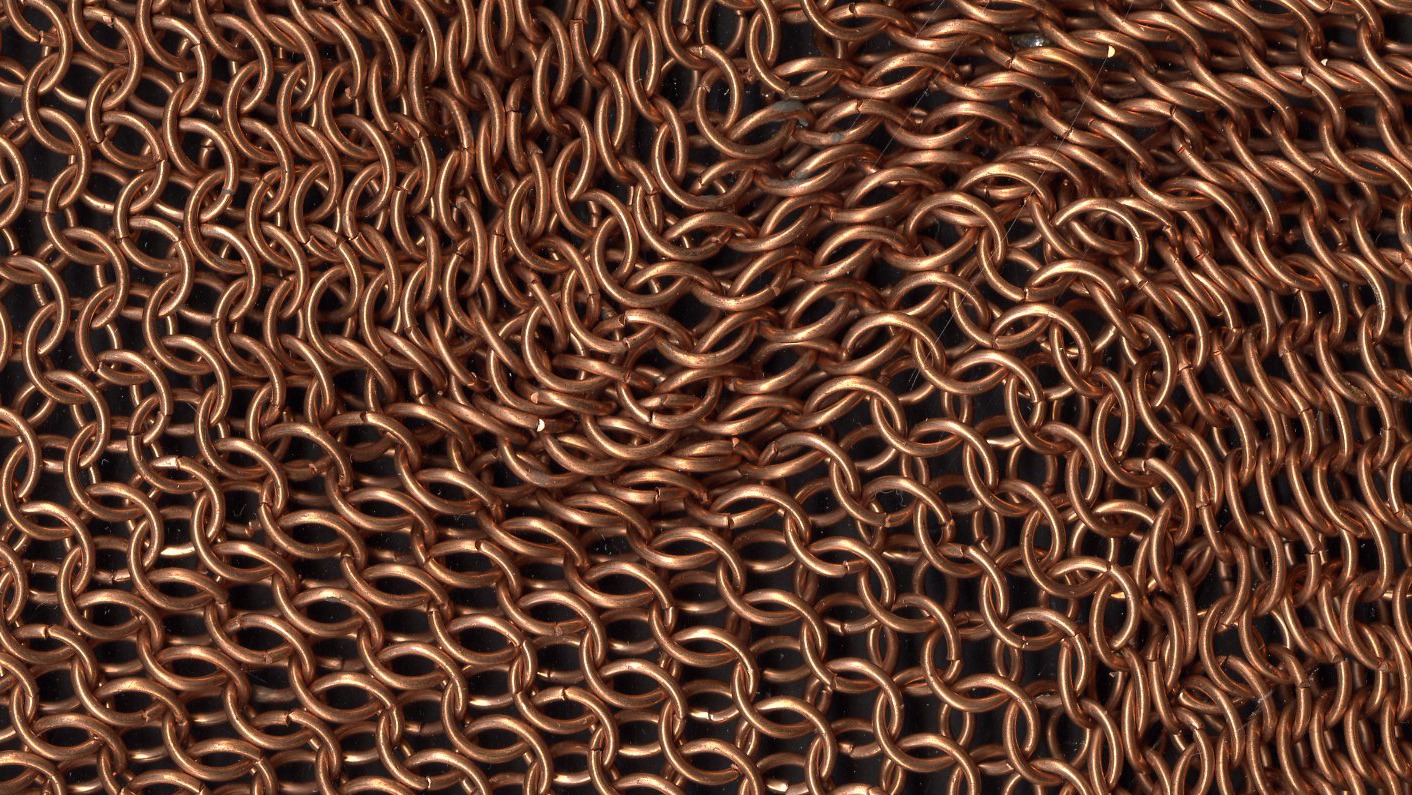 Recipient of the 2019 François-Xavier Marange Grant, Fanny Latreille shows at the Members Gallery the results of her one-year residency at Atelier Circulaire. She presents two bodies of work begun during this year of research.

The first one takes up the aesthetic forms of the Middle Ages in order to dissociate them from the fascist discourses that currently reuse them. A sort of open diary, the pieces in lithography and chain mail report states of mind.

The second piece focuses on the architecture of the Alcan Aquarium, a building from Expo 67. The spiral of the roof is used as a schema of the concentration of wealth, as proposed by David Harvey in his reading of Capital. The works in embossing and photolithography are the beginning of a larger research on wage labor and the relationship between work and artist. This imagery is based on the event of the Montreal blue collar strike (1980), during which the aquarium trainers walked out, causing the death of two of the dolphins.

Fanny Latreille's practice is that of a passage from one medium to another, without disciplinary attachment, around a central focus: the work of the image. By declining a subject under several forms, she materializes a mental aggregation by which she tries to define what is the cultural meaning of the image. Her approach aims at establishing a relationship to temporality, a transfer of the past into the present for the present and its self-deprivation, directed both towards the future and laterally. In general, it is the cultural-historical-political relationship that motivates his research-creation process.