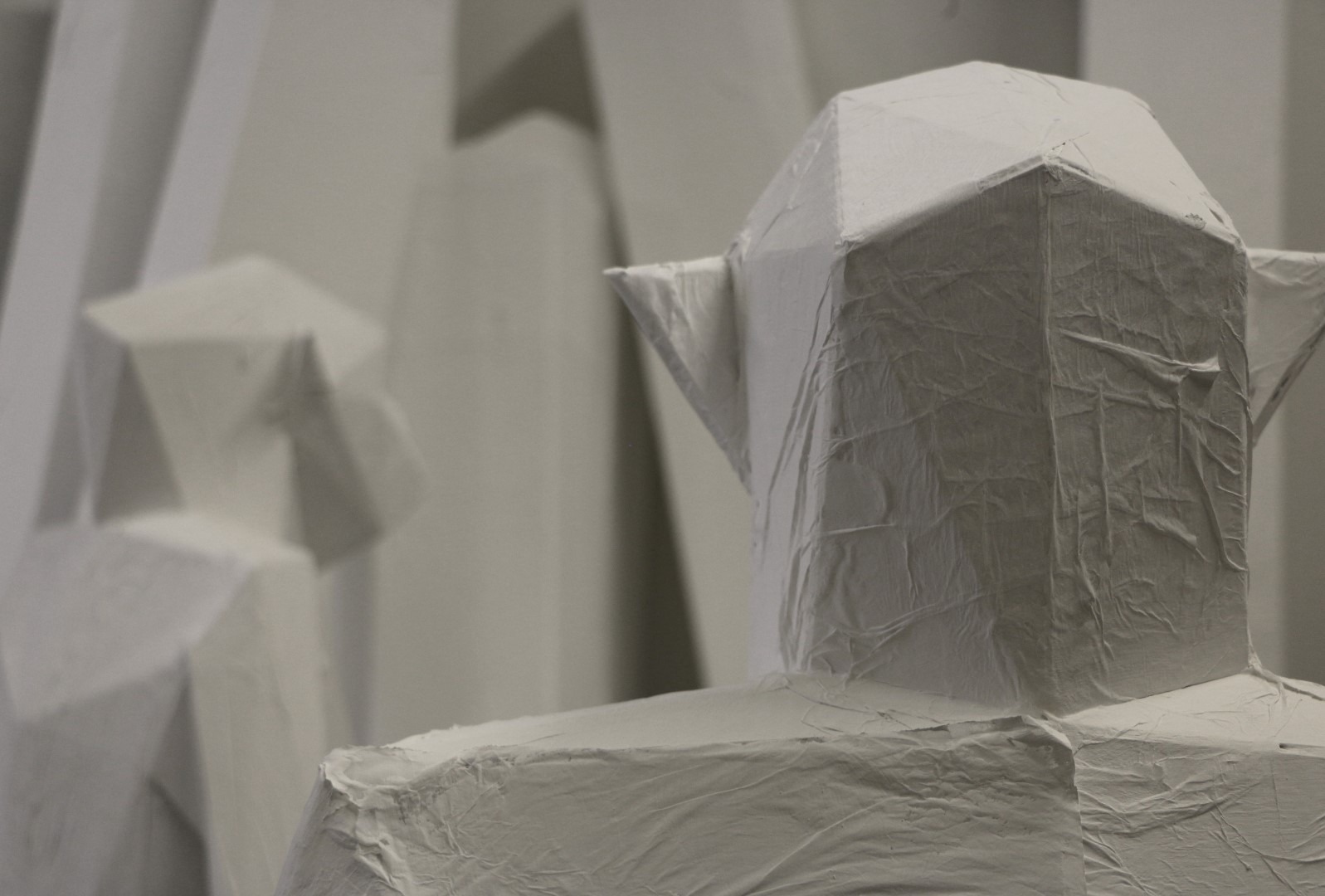 Man or beast, familiar or other, the figure of the monkey leads us to reflect on our own humanity. Monkeys evoke both animal and automata, instinct and mechanism, past and future, birth and death, sex and reason. Like a still-frame in a sci-fi movie, monkeys are busy and purposeful, building a mysterious structure from pillars generated by their bellies: the mind in their gut. Their mysterious, and perhaps futile, architectural project recalls both a mystical quest, an urban or post-apocalyptic stock-market, and at the same time brings us, -- sadly and humorously -- back to considerations of the present.

Architectural forms of the science fiction-fact that humans are living through now constitute a bridge or structure between conflicted subjectivities, different universes. As Hito Steyerl writes : “…disorientation is partly due to the loss of a stable horizon. And with the loss of horizon also comes the departure of a stable paradigm of orientation, which has situated concepts of subject and object, of time and space, throughout modernity. In falling, the lines of the horizon shatter, twirl around, and superimpose.” And so it is that the monkeys trade shattered horizons, betting on structures, bodies modeled by digital tools, flesh just a packaging material, progressively dematerialized within a reality of endangered cardboard relations.